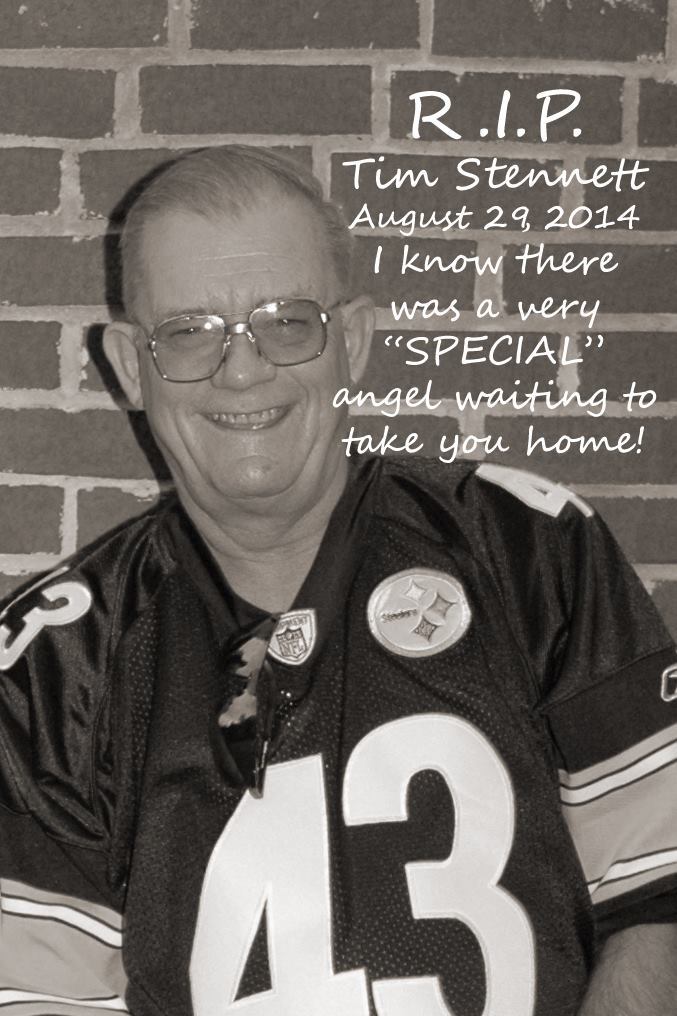 My Father, My Mentor

Founded in 1979 by Timothy Stennett Custom Design Monuments, Inc. was initially known as Stennett Memorials. Located out of the basement of Tim's house in Kittanning. After a few short years he quickly became successful in not only selling, but also crafting memorials. He planned to keep all work local and was hands on with every piece that left his shop. With success also comes change, but in a good way. Tim decided it was time for an upgrade in order to better serve the community and also provide jobs for other local craftsman in the community.

Tim envisioned doing everything in house and decided that moving Stennett Memorials to the Shawmut Yards was the proper next step. At the time, Tim employed 1 guy to help him with day-to-day operations as well as his beloved wife Rose who did the book work for him and also counseled customers. With the move also came a name change to Custom Design Monuments, Inc.

Within a couple of years in the early to mid 80s it was once again time for an upgrade as we had outgrown our space. We moved to 399 Butler Road in West Kittanning.

We serve most counties in Western Pennsylvania as a wholesale dealer while still providing our local community with our retail services.

Tim had his dream come true in 2013 when he was finally able to hand the reigns over to his daughter Jennifer. Tim was over joyed in doing so. It was now time for him to retire and enjoy life. All of his hard work had given him to opportunity to enjoy his camp he had built in the early 90s. Unfortunately, shortly after retirement in 2013 Tim was diagnosed with cancer. Although weak and sick he was always willing to give his advice and wisdom that he gained throughout his life. He fought a long, hard battle and was unable to be involved as he would have liked to have been. Sadly, Tim lost his battle in late August 2014. Up until the very end he continued to oversee day to day operations.

Jennifer honorably stepped into her father's shoes from that day forth. She continues building the business that he so lovingly built. She also prides herself in the same virtues, values and principles that made her father so successful. She always has and always will admire his strength, courage, determination and most importantly the overwhelming compassion he had for helping people. Keeping business local and providing employment for local craftsman is very important to her as well. She strives to earn the trust so many had previously given Tim. Please feel free to stop in and meet with Jennifer or any of our kind caring team. We are more than glad to assist you with any of your monument needs. We are the ONLY locally owned and operated business that craft your memorial on-site making sure to provide you with the best possible service available. We thank all of our customers past, present, and future for putting their faith into us and letting us help them in their time of need.

Talk with Custom Design Monuments on creating a cherished memorial for your loved one.